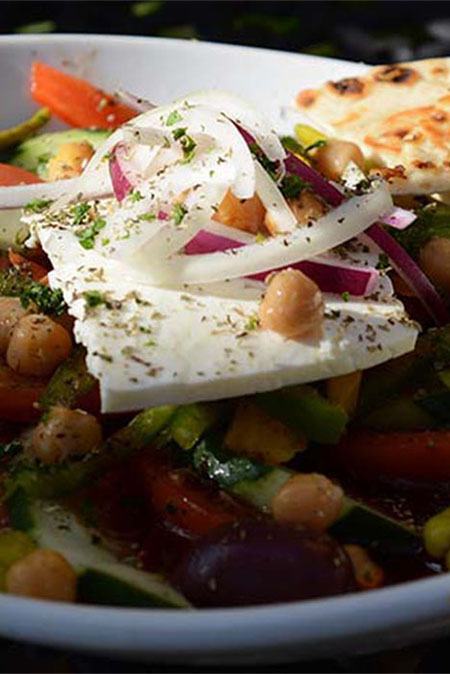 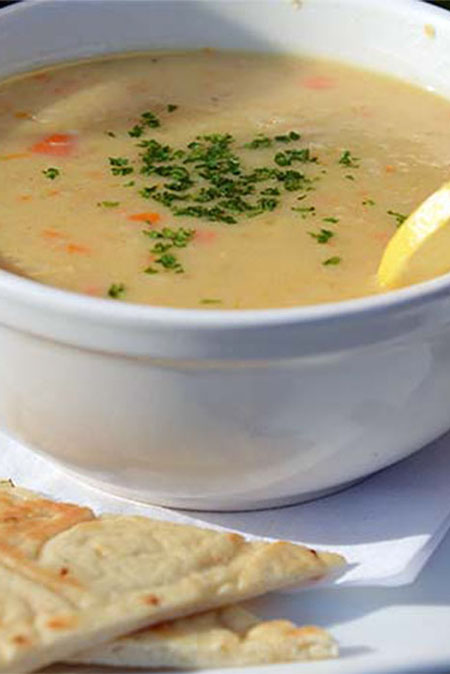 OUR RESTAURANT IN LAKE MARY
We promise that you'll enjoy your experience!
Dine In or Take Out

From the traditional Gyros, Greek Salad, Hummus, Dolmades and other well known Greek dishes to gourmet dishes such as Grilled Octopus, we blend Mediterranean cuisine tradition with modern creative touches resulting in just delicious, unique plates for your degustation and enjoyment.

Events
We offer private rooms for groups, as well as reservation for large groups in the main restaurant area.

Greek food is a fundamental part of the Mediterranean Cuisine, loved for its flavors and presentation, as well as appreciated for its health benefits around the world.

Greek dishes have become known, such as the Gyros, which although with roots in the Ottoman Empire's Doner Kebab, a distinct Greek variation developed in Athens, from where it spread around the world.

Modern Greek Cuisine uses vegetables, olive oil, grains, fish, wine, and meat (including lamb, poultry, beef, and pork). As in other Mediterranean foods, other fundamental ingredients include olives, pasta, cheese, lemon juice, herbs, bread, and a wide use of yogurt.

We are committed to maintain the founder's original recipes, cooking principles and years of experience, as well as to add some modern culinary touches and serving options.